Several years back, in my original post for this blog, I said that occasionally I would write about things unrelated to skin care. This is one such post.

Today is my sweet cat Grace’s 21st birthday! She arrived at my doorstep in the arms of a friend back in August 1994. She was found in the hood of a pickup truck parked at a post office in Dallas, Texas. This friend heard a cat crying, and as she was looking over the truck to try to locate the kitty, the truck owner came out and wanted to know what she was doing. She said, “I hear a cat under the hood!” and he replied, “Is that cat still there?” She instantly told him to lift the hood, where she found a black, straggly-looking kitty tucked near the front wheel. She quickly grabbed the cat and probably gave the guy a dirty look.

I had just moved into an apartment where I could have pets. I didn’t however expect that the day after I moved in I would get a knock at the door with my friend holding this sweet and scared young cat. A few friends came over, and we watched this scraggly kitty as she pranced on the carpet. She was actually lifting her feet because being under the hood of a truck in Texas in August had singed the pads of her poor little paws. Someone said, “She is so graceful.” And that is how she got her name:  Grace. 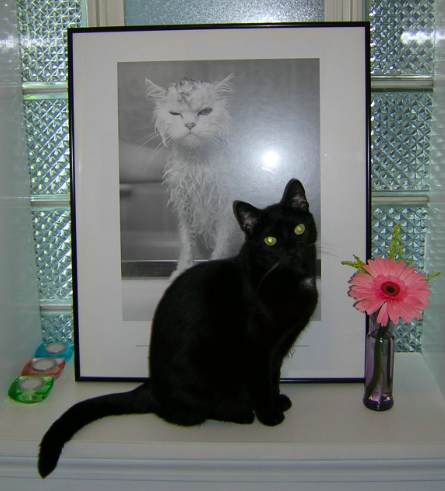 Gracie, although she looks black, is a very dark brown Burmese mix with a white star on her chest. I call her coloring espresso. The vet said she was probably 4-6 months old, so I went back from August when she entered my life, and arrived at my birthday (today) in April. I used the 24th for her birthday also, so I would remember how old she was year to year. I could have never guessed that I would be counting up to 21 years—and who knows how many more!

Now, as a kitty crone, she is basically skin and bones. During her “heavier” years, she weighed around 10 lbs, give or take. Now she is a pretty consistent 4.8 pounds! She’s not really able to do the normal kitty gymnastics of cleaning herself, so once a week or so I do a washcloth cleanse, which she hates, but she looks so much better afterwards. Every evening she calls me into the bedroom to pet her and love on her. She sleeps all the time, even more so than other times when she was younger.

Every morning when I wake up and see her on my bed I think, wow—another day of Grace! So, Happy Birthday old girl. I am grateful for all of these 21 years of Grace! I feel honored to have her in my life and under my care.

For other animal-related articles, see:
If you’re interested in seeing the other 4-legged kids in my household, see My 4-Legged Family, which is listed under the PAGES section at the top right-hand side of this blogsite (currently unavailable). 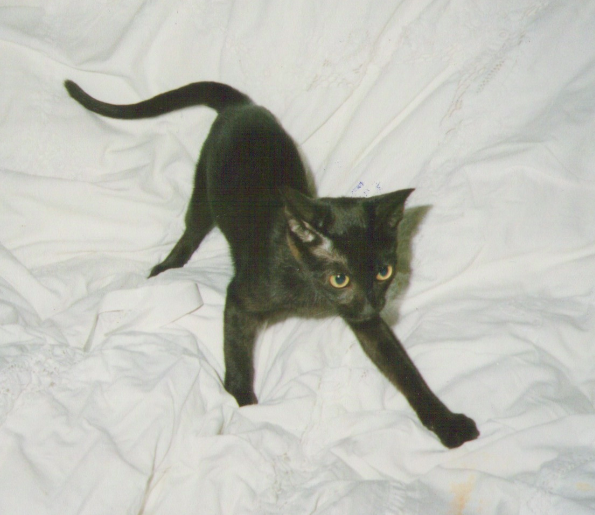 These are some of the first photos of Gracie, August 1994. Funny how she has almost grown and shrunk to just about the same small size. 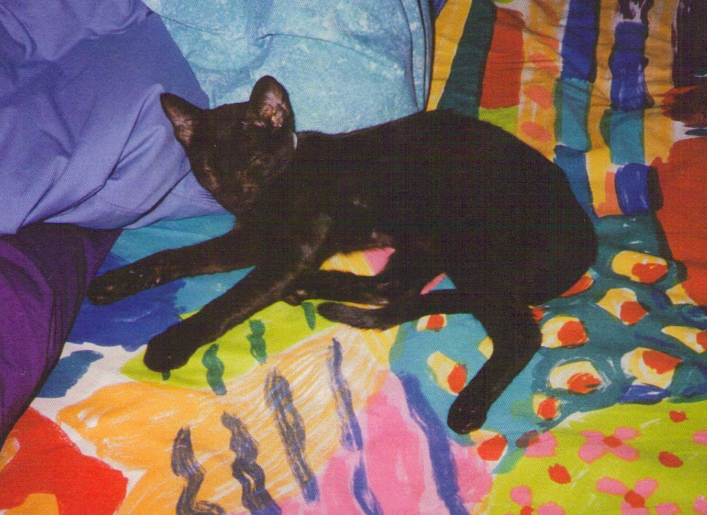