What causes bruising? Plus ideas on what to use on a bruise 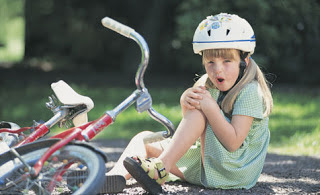 What is a bruise?

It’s pretty basic, really. When a hard object delivers a blow to the body or you fall down on a hard surface, something’s got to give. The small blood vessels, capillaries, just beneath the skin will break with contact and cause blood to leak out and into the surrounding skin, making for discoloration of the affected area or a bruise. Depending on how hard of a blow, it can also produce swelling and inflammation at the site.

A bruise, sometimes called a contusion or hematoma, will usually start off looking like a dull (or not-so-dull) red or purple color under the skin until it finally fades into more green or yellowish hues. Depending on how hard the impact was, the blood will eventually be reabsorbed into the bloodstream, and the skin will go back to its normal color. The harder the trauma, the deeper the bruise, and the longer it will take the tissue to return to normal.

If you have thin skin you will be more susceptible to bruising. A woman’s skin is generally thinner than a man’s, so women tend to bruise easier than men do. An older person’s skin will be thinner with less fat, collagen and elastin fibers, which thin out over the years. With less to cushion the skin, an older person tends to collect bruises very easily. I can attest to this. Now, at 59, I find I do bruise more easily and definitely find bruises on my arms and legs with no idea where they came from!

If you are deficient in vitamin C, you will tend to bruise fairly easily. Vitamin C, and bioflavinoids specifically, help to keep the capillary walls strong. If you have spent a lifetime in the sun, this too could make you more susceptible to bruising. Why? Sun damages the capillaries as well as altering collagen and elastin, which are the supporting structures of your skin. Without this wall of protection, bruising comes easier.

An area of your body that contains a lot of adipose or fat tissue (your buttocks, for example) will sustain a blow with less visible damage than your forearm, for instance, which doesn’t have a lot of body fat to cushion against a strike. Without that blanket of fat to protect the blood network underneath the skin, your capillaries don’t stand a chance and will break due to the trauma.

Is there anything I can put on a bruise to make it heal and go away faster?
Initially, if there is obvious swelling at the site of the bruise, you can apply a cold pack that will help reduce some of the inflammation. As I mentioned, sometimes I’ll find a bruise and not know how or when it happened. In this case applying a cold compress is not my go-to remedy. For almost any bruise, I like to apply arnica gel.

Arnica, or arnica montana, is a daisy-like flower that has anti-inflammatory actions and has been found to help alleviate the edema (swelling) and blood clots that occur due to a blunt trauma, like bumping into something. Arnica is able to help lessen this blood congestion due to its ability to stimulate white blood cell activity.

Arnica ointments and creams can be purchased at most health food stores. I prefer arnica gel because it is fast absorbing. No matter which type you use, only apply arnica products as directed. Arnica should never be used on open sores or broken skin, only on bruises, sprains, and swelling. Unlike other herbal medications, arnica should not be taken internally. (There are arnica pills that can be taken for shock after an accident, but these are homeopathic and are the only way to ingest arnica.)

Bruises have been around forever and everyone probably has their own go-to product(s) to use on any bruises that might appear. Arnica is my personal favorite, but whatever you like to use, do use something to help these mini traumas to go away a bit faster. With bruises as one example, we are once again able to see and experience the amazing, miraculous healing abilities of our bodies. 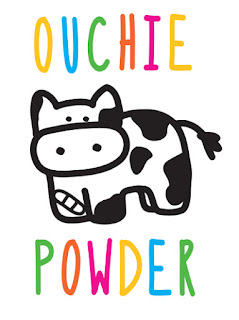