Oral Antibiotics: Good for clearing up your skin or not?

Below are two stories of clients who have been on antibiotics for their skin problems (long-term) and the issues this course of treatment can bring. Hopefully this will be helpful information to keep in mind if you are on antibiotics for your skin—especially if you’ve been taking them for a long time.

Sara’s story. My client Sara has been on tetracycline for at least two years for problem skin. However, after talking with her, I found that her skin problems are very intermittent and occasional. Once her dermatologist suggested Accutane, but Sara’s problems weren’t severe, and from what she knew about that medication she thought Accutane sounded like overkill. She went on to tell me she had a hysterectomy at 27 years of age due to complications with her ovaries, and since then she has had over eight surgeries for endometriosis. This information shows something is inherently out of whack with Sara’s body. Most likely she has a hormone imbalance, which can adversely affect the skin.

She called me wanting help with occasional breakouts that came in the form of deep cysts about once a week. We discussed diet, and she didn’t have too much sugar in her diet although she did admit to her one bad habit: Diet Coke®. She drinks about 6-8 per day. These may not be causing her skin troubles directly, but they surely aren’t helping her overall health. Diet or not, carbonated beverages—especially consumed in excess—can be harmful to the delicate balance in our bodies.

As an example of why being on antibiotics can affect you adversely, recently Sara burned her arm, causing a fair-sized wound. She went swimming, as she usually does for exercise, and wound up with a large infection at the sight of the burn. She called a doctor friend of hers who proceeded to tell her he couldn’t believe she had been on antibiotics and still developed an infection. The body gets used to anything, and it can get used to antibiotics if they are used for an extended period of time. That is one reason I am so against long-term antibiotic use for problem skin. It is only treating, temporarily at best, the symptom and doing nothing to protect or enhance the body’s immune system—something you need if you get sick, or in Sara’s case, sustain an injury.

She told me sometimes she doesn’t take the antibiotics and nothing bad happens with her skin. Maybe she could stop altogether and see if her skin problems persist. I can tell you this much: her problems will persist if she doesn’t locate and isolate the offending party (which could be a hormone imbalance, diet, stress, lifestyle habits) and eliminate or in some other way alter it to end the skin reaction. Long-term use of antibiotics for skin problems is a slippery slope.

My personal experience with antibiotics is limited since I haven’t taken them for many years, but in the past whenever I would take antibiotics, my skin would break out. I wouldn’t get a huge breakout, but I’d always get one or two really deep, red papules (also considered “cysts”); the kind of blemish that doesn’t have a head and cannot be extracted. It is also the kind of spot that tends to take a long time to go away. I think this is because my body was trying to throw off the toxic effect of the medication.

In the short-term, antibiotics can be helpful and useful. It is their long-term use and abuse that I disagree with, as in Sara’s case and many other stories I have heard from clients over the years. Take notice of how long you have been taking antibiotics for your skin and consider finding alternative ways to ensure clear skin. This includes putting on your investigator’s hat and trying to discern what the cause of the breakouts are in the first place. As a side note, I suggested Sara go to an acupuncturist to see if that would make some headway with her hormonal concerns. 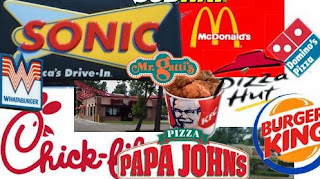 A teenager’s story. Linda’s son, Michael, has had problem skin his whole teenage life. He has been on tetracycline (a commonly prescribed antibiotic) for years and now, at age 19, his skin is a mess. The antibiotics have long since stopped working and his dermatologist is suggesting Accutane. His mother is, to say the least, disappointed and unsure of what to do.

Linda told me Michael eats a diet rich in poor-quality foods. She insists he doesn’t drink sodas and juice at home. Teenagers and soda pop pretty much go hand in hand, so if his friends are drinking sodas, he probably is too. Although she makes her own house as sugarfree as possible, the world is a huge candy store just waiting for teenagers to come and partake.

I told Linda that her son can continue to stay on drugs his whole life, but until he stops feeding the problem—literally—the skin troubles will continue. Due to his age, his hormones may still be surging and will settle down with time, but in the meantime it would be great if he could learn to change his eating habits.

The special challenge with teens is not only are their hormones kicking in, but they don’t usually eat a balanced diet. Even some adults have a hard time understanding that what they are eating may be affecting their bodies, their health, and their skin. And in my experience, I find most teens haven’t made that connection yet either.

One positive thing about Michael is he is coming to his mom and expressing disgust with his skin. That’s actually a good sign because it means he will be open (to some degree) to changing his ways and listening to helpful advice. Here is a fact that has repeated itself to me over and over again: If people see improvement after making a change (like cutting back or quitting sugar), they are more prone to continuing to change. If no improvement is seen (like after buying expensive but ineffective products, for instance), then they are less likely to keep changing.

The point to this story is to say that taking antibiotics won’t necessarily clear up your skin. It may be a temporary fix, but unless you change your eating habits (or just grow out of the teenage hormonal years), antibiotics aren’t a cure-all. And they can actually affect your body’s immune system by weakening it. Start at the source and see what positive changes you can make that will surely result in positive changes in your skin’s health—and of course for the health of your entire body.