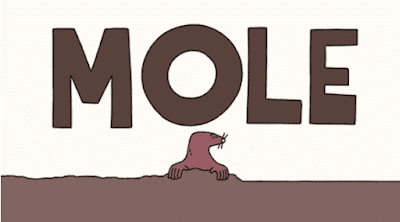 My friend David is now sporting a fairly large scar on his left cheek. Although at first he struggled to come to terms with this new facial characteristic, he now sees it as a gift and a reminder of how lucky he truly is. Here’s his story.

It was the summer of 1999. David, like many men, had a small blemish on his left cheek. And, like many men, David decided to do what he always does—try to pop it. The place bled a little bit and seemed to scab over; this went on for several days. He thought perhaps there was a hair caught inside the pore because as soon as the place seemed like it was going away, it would get irritated and red again. Eventually the spot did go away, although a small red bump was left on his cheek.

Every so often when David was shaving, the small red bump would bleed due to the razor hitting it. This went on for a month or two. Then the place scaled over, and he thought finally it was starting to heal. What David didn’t know is that many times when dry, scaly skin grows over a spot (especially one that has bled in the past), it is a sign that something is wrong with that tissue.

During the winter, David started noticing tiny spots of blood on his pillowcase. Perplexed at first, he finally realized the blood droplets were coming from his little red bump. Soon after that he was out to dinner with a radiologist friend who saw the place on David’s left cheek and thought he should get it checked out.

This next part of David’s story is similar to many of the tales I hear. Although he knew something was wrong, and even after a doctor said it looked funny, David still did not get his red bump checked out—not for another four or five months. (This is so typical.)

Finally in June of 2000 David decided he needed to have the strange place (that never went away 100%) on his left cheek checked out by a dermatologist. The impetus for action was because the spot had started to grow and was now almost the size of a pencil eraser. David finally gave in to the possibility something might be up. (Denial is very common when it comes to getting tested for possible problems with our health.) 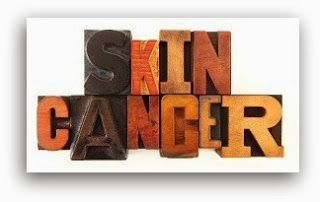 He made an appointment with a dermatologist. She came into the room, sat down next to David and immediately said she didn’t like the way the place looked. Without hesitation she ordered a biopsy. She was so sure it was going to be a problem that she insisted David schedule himself for surgery just in case the test results came back positive for cancer. When it comes to skin cancer, timing is everything. (Note: Basal cell cancers are not as serious as melanomas, but they still grow and spread and time is a factor nonetheless.) So he scheduled surgery and waited for the test results, which came back positive for basal cell carcinoma.

David went to the clinic where the surgery would take place. He would have Mohs’ surgery, a newer procedure that is used to remove cancerous cells. When David walked through the door, he said it looked like a M.A.S.H. unit; people everywhere were bandaged in the different places they were having skin cancers removed. There were young and old alike in the waiting room. David, at 41 years old, was in the middle age range, not the older range. After looking around at all these people in varying stages of skin cancer and treatment, he got scared and almost walked out.

Hearing he had skin cancer didn’t really faze David. He knew it was treatable and figured the doctor would cut it out of his face, the skin would heal, and that would be that. It wasn’t until he was being prepped for surgery that his demeanor took a sharp turn. David said the moment he knew this was serious was when his doctor drew on his face with a marker. Not only did she circle the actual cancerous lesion, but she drew a line 2 1/4" north and south and another line an inch-wide left and right. (If you haven’t ever had surgery, drawing on the skin at the place of incision is a common practice.) Once he saw all the lines drawn on his face, he realized the area affected was much bigger that he ever expected or realized.

David felt a sense of panic. Was he going to be wearing a big huge scar after all was said and done? He asked the doctor, and she said that because of the Mohs’ surgery, it would be a flat scar, and she would take great care to make the lines go with the natural lines of his face, namely his laugh lines coming down his cheek. She would do the best cosmetic job possible while at the same time being sure to get all the cancer out.

After the procedure, David was talking with the attendant. Since David’s face was already bandaged up, he couldn’t tell the size of the surface area affected. The attendant offered to show him some of the still photographs taken at every stage of the Mohs’ surgery. When David saw the final shot and how much tissue had actually been taken out of his face in order to reach and extract all of the cancer, David was blown away. He was speechless and in a state of shock at the size of the opening in his face.

It took three passes to get all of the cancer. Twenty-two stitches inside and out. David thought it would be a few stitches and no big deal. What he learned is when it comes to skin cancer, it is anything but “no big deal.” He also wished he had asked more questions. He truly had no idea it was going to take almost two dozen stitches to patch his poor face back together. But how do you know what questions to ask when you’re going through something you have never gone through before?

Something David learned after the surgery was that the cancer got so deep, it came very close to one of his salivary glands. If the cancer had gotten down that far, David would have needed radiation as well as the surgery. Radiation? David was feeling luckier by the minute.

Once the bandages came off and David could see the reality of the large scar he now had on his face, he said it really bothered him at first. Then, after the tissue around the scar had healed and he had gotten used to his new appearance, it didn’t bother him much at all. I think any change in our appearance takes time to get used to. But in David’s case, he chooses to see his scar as a reminder of how lucky he is—he dodged a bullet with his salivary gland. And he truly sees the scar as a blessing rather than a curse. A blessing because the alternative he could have faced would have been so much worse.

David has become somewhat of an activist for skin cancer. He even says he can spot a basal cell a mile away and doesn’t hesitate to go up to people, even strangers, and tell them to get checked by a dermatologist.

The moral of the story for David was he knew there was something wrong, but didn’t do anything about it. And the irony was that originally he was worried about having a zit on his face (in the very beginning), and now he has a noticeable scar. David learned a valuable lesson about listening to that inner voice and following through.

David now “butters up” (his way of saying he slathers on the sunscreen) before he goes out. He is in the construction business, so he does spend a considerable amount of time outside—necessarily. He also goes to his dermatologist whenever he sees a spot that looks unusual or that doesn’t perform the way a normal blemish (or mole) does. In closing, David wanted me to tell you this simple thought, “If it doesn’t heal, something’s wrong.” Thank you, David, for sharing your story!