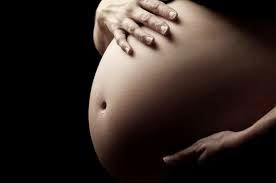 The only difference between problem skin when you’re expecting and when you’re not is just a matter of control. When you are pregnant, your body and how it functions is essentially out of your control. I tell my clients (especially first-time pregnancies) to (metaphorically) throw theirs arms up in the air and resign themselves to these changes. This is usually not welcome news.

Having a relaxed attitude about the changes that occur in your body—and your skin—is very important. Consider adopting The Serenity Prayer (by Reinhold Niebuhr): “God, grant me the serenity to accept the things I cannot change; courage to change the things I can; and wisdom to know the difference.” When you’re pregnant, serenity and wisdom will be your greatest allies. You can control your skin (raging hormones) just about as well as you can stop your belly from growing. If you realize early on that you are not in control of your body and the baby is, you will fare a whole lot better. 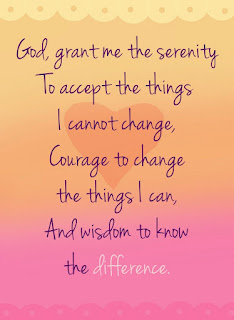 Case history one. A client of mine, Merry, was pregnant with her first child. Merry, then 27, had been coming to me for a little over five years. Her skin has always been clear with a few blackheads around her nose and chin along with constant slight dehydration. She has a sensitivity to sugar, but unless she has overindulged in the sweet stuff or it’s “that time of the month,” her skin doesn’t usually breakout.

Soon after she got pregnant, her skin began to go haywire. At first she came in with mild breakout, which for her skin was unusual. As the weeks progressed, so did her breakouts until finally around the third month she basically had acne. She went from coming in for facials once a month to having one weekly. She needed all the extra help she could get.

Luckily Merry has a good head on her shoulders. She realized she couldn’t really do anything about the hormones that were surging in her body. And she knew she wouldn’t be able to take anything orally for the skin eruptions since she was pregnant. She decided to wait it out, hoping her skin would eventually adjust.

I had Merry on a program of constant at-home care. First I recommended a lot of exfoliating with a gel-type peel (like Yonka’s Gommage) to help rid the surface skin of dead cells, which could lead to more congestion. Next she used a clay mask that helped draw impurities and plugs up toward the surface and soothed her irritated skin. I also had Merry dot clay on any spots that were infected and sleep with the dots on overnight. She used a clay mask on her entire face several times per week. Exfoliating and using a clay mask were essential in keeping her skin under control—from the outside. 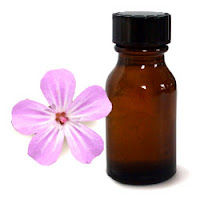 Geranium oil was another important addition to Merry’s skin control program. It is easy to use and is essential in helping tackle problem skin. When you dot a small amount on any infected areas, the antibacterial properties in this essential oil will curb bacterial growth and help to clear the blemish without drying it out. As I’ve explained in articles on problem skin, you want to attend to the breakout with products that not only help to clear your skin, but also soothe the irritations as well. Although I’ve never had a pregnant client whose doctor said “no” to essential oil use, do consult with your OB/GYN before using essential oils.

I am happy to say Merry’s skin eventually returned to normal. It took about four months after the birth of her child to clear up, but she no longer has any new breakout. She did have some temporary discoloration from the problem skin she experienced. Pustules and deep cysts take weeks—sometimes months—to completely clear from the skin. Even after the infection and redness is gone, the damaged tissue still has to make its way up to the surface and be sloughed off. Be patient and know that in most cases, your skin will eventually return to normal. 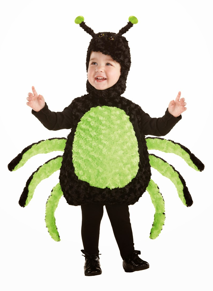 Case history two. Another client, Melissa, has a different kind of skin malady brought on by pregnancy. Melissa has beautiful, flawless skin. She is 38 years old, the mother of a 2-year-old son, and is 6 months pregnant. When she was pregnant with her first child, she started noticing brilliant red “dots” on her face as well as her upper chest or décolleté area.


She was pretty concerned about this redness since her skin is milky white, making these dots very prominent. I assured her they were part and parcel of her pregnancy. I knew this because earlier in my career, I had gone through a total of three pregnancies with one client who developed these same red spots with every pregnancy. After each baby was born, eventually the dots disappeared.

Technically, these bright red or purplish dots are called spider angiomas, and may appear due to an excess of estrogen. They are basically dilated capillaries that look like red lines radiating from a central red dot. Once the baby is born, the hormone levels return to normal, and the dots will usually disappear on their own within three to six months.

Sure enough, about three months after Melissa gave birth to her son, the dots started to disappear. Cut to the present: pregnant again, and lo and behold, the red dots have reappeared. Now, as with so many things after the first pregnancy, Melissa has a proven history of developing these spots and the relief of knowing they do go away.

As I have said, your body is not your own during pregnancy. Things that show up in that nine-month time period many times will go away—on their own—soon after you have given birth and/or finished breast-feeding. Remember, nothing is forever, and this includes skin irregularities developed during pregnancy. Keep your eye on the prize—the miracle you are creating!