Caffeine does more than just wake you up 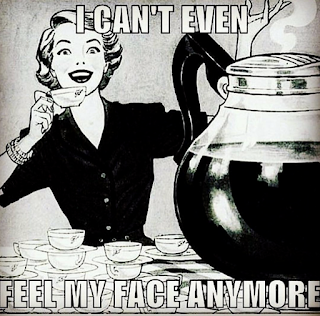 Once in a while my clients surprise me, and today was no exception. Although I do a thorough intake form when I first meet someone and I write copious notes each time they are in for their facials, sometimes I don’t know everything about a given client, even if she has been coming to me for years. The client I’m about to tell you about is one of that variety.

Brooke has been my client ever since I moved to Boulder, so about 7 years. When she came in for her first facial, I did what I do for all my new clients—I filled out an extensive consultation form to find out how and why her skin is problematic, what she has used on it up until now, and to keep tabs on the goings on with her and her problem skin going forward.

Throughout the years I’ve been seeing Brooke (she is a regular, monthly client), there have been a few times I’ve gotten new-to-me information about her health or lifestyle that for whatever reason didn’t come out in our initial meeting nor subsequent visits. Sometimes things change over the years and therefore without me asking or the client letting me know, important information may slip by. This was certainly the case with Brooke, as I would find out. 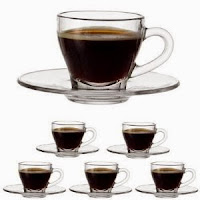 During her last facial it was revealed to me that she has been quite a coffee consumer. In fact she has the equivalent of 8 shots of espresso—per day—if not more. She always starts the day with two 4-shot lattes. And inevitably later in the day she has a few more coffee drinks. Brooke said she may even have as many as 12 shots in a day. To say I was shocked to hear this would be an understatement.

This information came out because I was remarking about how good her skin looked. For years Brooke has suffered with problematic skin as well as some health issues related to her thyroid. She has a clean diet (truly), rarely ingests sugar, and has zero alcohol. Hormonally there have been some complexities, and sometimes medications she’s taking have taken a toll on her skin. Lately, however, she has found new treatment paths, lessened or changed her medications, and her skin has improved significantly with all the changes.

But today there was a further change for the better. The inflammation I normally see around her mouth and chin area was all but gone. The red, infected blemishes that she still occasionally has were not there. For the first time—perhaps ever—Brooke’s skin looked healthy. The coloring was perfect and it was clearer than I’ve ever seen it.

After mentioning the improved look of her skin was when she told me an acupuncturist she was seeing put her on some Chinese herbs (“that taste like I’m licking the sidewalk,” she says!) and told her to cut out caffeine. As I told Brooke, had I known about her huge daily caffeine consumption, I would have told her to cut down or cut it out as well! 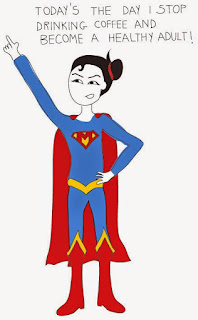 Brooke is an all or nothing kind of gal, so most likely she really won’t touch coffee again—ever. For any of you who know you’re drinking too much coffee (because your skin is suffering or due to other problems caffeine consumption is causing), have one or two cups a day but not eight cups.

Moderation can work for many people, but if you are the type of person who is drinking too much coffee (or whatever you are getting too much of) and can’t just have a little, try slowly cutting down then perhaps cutting caffeine out completely and switching to tea or hot water and lemon. (Brooke mentioned she found a caffeine-free tea, Yogi tea, that she buys loose-leaf, puts in her espresso machine and has found it to be an excellent substitute for her espresso addiction.)

Take a look at your caffeine intake and perhaps adjust your daily consumption if necessary. Your body is always giving you signs and signals of excess or absence of something it needs. Listen up and adjust accordingly. Utilizing moderation can usually be an effective tool for some of our daily addictions. 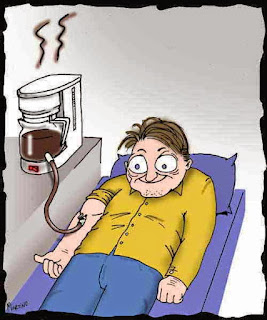