Botox anyone? What is botox? Plus a client’s cautionary account 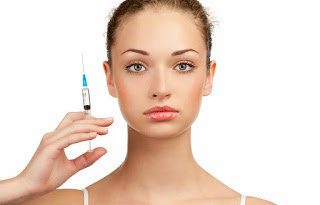 I call this “Magic Poison.” And essentially, that is exactly what Botox is. It is actually the botulism bacterium (botulism toxin) that is injected into specific areas of the face, usually the forehead and between the eyebrows along with other areas. The poison renders the surrounding muscles paralyzed. Once the site is injected and the muscles are paralyzed, you are unable to express or move that area of your face. Without daily and constant expressing, lines do not furrow into the skin. So Botox, by paralyzing the muscles, indirectly helps to reduce the deepening of wrinkles. It lasts four to six months and has to be reinjected to continue the benefits.

Botox has been used for years to help stop eye tics and other medical maladies. Around the 1990s it was “discovered” for its antiaging, cosmetic benefits. It was approved by the FDA for cosmetic use (between the brows specifically) in 2002. It is only administered by a licensed doctor, either a dermatologist or a plastic surgeon.

One client’s story. Recently I had sent my client Barbara to see her dermatologist about a mole I was concerned about. She is 47 years old and has beautiful skin that has very few lines. Barbara truly has the skin of a woman in her mid-30s. During her last facial, she told me about her trip to the dermatologist. Luckily the mole wasn’t anything to worry about, but I found what happened later on somewhat disturbing. 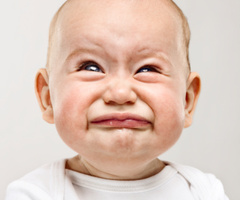 The dermatologist asked Barbara to frown in order to furrow her brow, and she gladly obliged. He proceeded to tell her he could inject her “worry lines” (lines that form between the eyebrows) with Botox. Ask anyone to form a line of expression, and guess what you’ll get? A line of expression—a wrinkle. So there she was, feeling like something was wrong with her face, and the solution was being conveniently presented to her in the form of a quick-fix injection. It was such a blatant, bold-faced way to make her feel ill at ease and to endorse the sale of his services. Plus his comments were unsolicited. She was going in to get a mole checked, not to inquire about anti-aging procedures. Even if Barbara had deep worry lines, I still wouldn’t defend this ploy by her dermatologist.

My point in retelling this story is to instill an air of caution in you if and when you find yourself in a similar circumstance. Don’t fall prey to someone else’s opinion of how you should look, especially when the opinion-giver stands to gain $300-$500 for one injection of Botox (or any other corrective procedure). Remember the saying “Let the buyer beware!”

Getting Botox injections is a personal choice. As an aesthetician, I don't encourage or discourage anti-aging procedures per se, but I do feel Botox is one of the least “harmful” things to do to alter your appearance if that is what you’re looking to do. Far be it from me to tell anyone what to do with their face—except of course when it comes to cleansing, toning, and hydrating: The Basics for healthy skin.