The Importance of Drinking Water—your life depends on it! 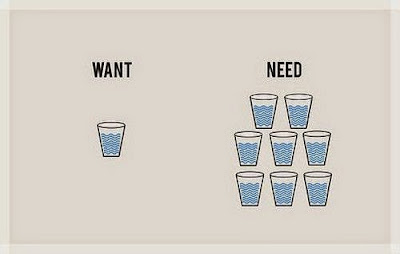 Water is essential to all life. But do you know why? I am including an article I found a long time ago on the importance of water. I was unable to locate the author, Bob Hoffman, who deserves every bit of credit for this well explained and easy to understand information.

All Life Depends Upon Water
by Bob Hoffman

All life depends on water. Breathing, digestion, elimination, glandular activities, heat dissipation, and secretion can be performed only in the presence of water solutions.
The role of water in metabolism, in assimilation, in regulating body temperatures, and in nourishing the tissues explains why we cannot survive very long without adequate amounts of water.
While the average person (128 pounds for women, 154 pounds for men) in the temperate zone may “get along” on six pints of water daily if he or she is only moderately active, two to four times as much are needed during periods of vigorous exercise or work, particularly in hot or humid weather. When I had my biggest day as an athlete, competing in 13 races in one day, finishing not worse than third in any one of them, I weighed 167 to start, 154 at the end of the day. By coincidence, I averaged a loss of a pound a race. 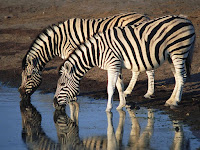 Almost without exception, a domestic animal, horse, cow, pig, dog or cat, will upon arising take a drink of water if it is available. The custom of early morning drinking of water should be universally followed.
Most people do not drink enough water. When taken by the glassful, a fair measure is consumed, but when drinking fountains are present, a drink is usually a small mouthful.
With every meal, about a pint of saliva, which is over 99 percent pure water, is secreted by the salivary glands of the mouth and swallowed to make possible the digesting of food.
Approximately 96 percent of one’s perspiration is water, so when I lose an average of four pounds in an hour of weight training and running, I have lost mostly water, but the other four percent represents a loss of calories and fat also.

The quantity of water excreted by the kidneys is almost in direct proportion to the amount of water taken into the body. The quantity eliminated by the kidneys varies from three pints to one gallon daily, although in certain forms of physical irregularity, notably diabetes, as much as three gallons of water is eliminated in 24 hours.
Increased elimination by the kidneys will lower blood pressure. R. Lincoln Graham, M.D. who spent his life practicing hydrotherapy instead of drug therapy, stated that “...thus it is a very splendid rule in all conditions of excessive blood pressure, to drink on an empty stomach, large quantities of water, which will result in excessive stimulation of the kidneys, long after the water is eliminated. In this respect water is a remedy without a rival.” When a doctor finds that the diastolic blood pressure is very high, he looks for kidney trouble.
More water in the system is a great help to elimination. When there is too little water in the system, it is taken first for necessary processes and there is not enough to materially aid elimination. The stool is hard and dry, and defective drainage, which many authorities call “the disease of disease” is the unfavorable result.
It is so much better to have too much water in the body than not enough. The kidneys will eliminate any surplus with surprising speed, but nothing but harm to the efficiency of the body will accrue when there is not enough water. 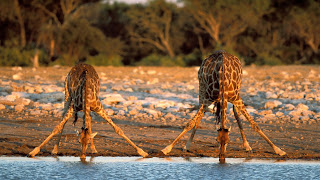 You will notice that we say drink more water. Not more sugar laden soft drinks or more coffee. Most soft drinks are strictly a chemical product. When the sugar is not used in their manufacture, only a synthetic sweetener, the manufacturers of such products advertise that the drink contains less than one calorie. This indicates that it indeed has no food value. Good water is the best answer.
The Department of Agriculture book on water states, “How far most of us have strayed from the old family spring. Generations of men and women have grown up without experiencing the joy of satisfying their thirst from cool, sparkling spring water.”

You will be wise to drink more water, much more water. Too much water is not harmful, as the kidneys remove the surplus, but too little water can indeed be harmful to the body, which of course is YOU. 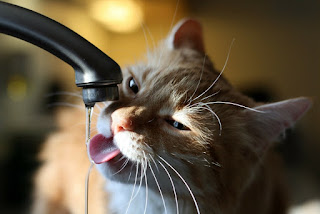