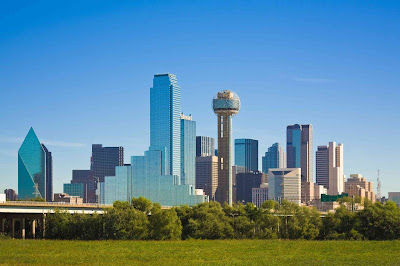 Although this is a client profile from my Dallas days, it’s still a good example of how the different stressors in our lives can play a large part in our state of health, inside and out.

Stephanie moved from San Francisco to Dallas in August. She moved from the sea to a land-locked city where there is a lot of air pollution and humidity. There is not a lot of air circulation in Dallas (certainly not the kind of ocean breeze that the West Coast receives) helping to keep the city air cleaner. Not only was her physical environment different, but emotionally she was going through withdrawals, having left the Northern California coast for a city far from the ocean.

Stephanie was starting a new life in all ways. It is said that the five life events that cause the most stress are marriage or divorce, giving birth, death of a loved one, starting a new job, and moving to a new city. I’d like to add to the list being laid off or fired and going through a chronic illness—either your own or a loved one’s. Whatever the cause, stress creates all kinds of changes in your body (and mind), so stress cannot be dismissed as being a major factor in problem skin.


When Stephanie showed up at one of my seminars, her skin was a mess. She had widespread breakout in the form of pustules (pimples) and papules (hard cysts under the skin) as well as blackheads and dehydration. According to Stephanie, in California her skin was perfect; she rarely had breakouts and never experienced the kind of skin problems that she had now.


Because of the blemishes, Stephanie was doing something that is very common with people experiencing breakout. It is also something that, unfortunately, usually causes more problems. She was putting all kinds of drying agents on her face, from Clearasil® to oxy products, in hopes of getting rid of the spots. She was even using products for dry skin because the other things were drying her skin out. Her thinking was common: treat the breakout topically with products on the market for problem skin. And in essence, she had the right idea. But specifically, she was using the wrong products. 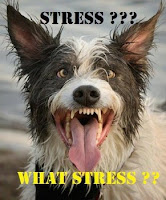 When stress is the biggest factor in a new breakout, until your body adjusts or until the stress is eliminated (which sometimes never happens), the breakouts will probably continue. Breakouts caused by diet are a lot easier to solve than the stress-induced kind. You simply eliminate the cause (certain aggravating foods), and the breakout will diminish in time. If only it were this simple to eliminate stress! And breakouts due to environment are also a big challenge to fix. So Stephanie was facing two of the more difficult types of breakouts to get rid of: stress-induced and environmental.

Clearing up breakouts that are caused by moving to a new city with different water, weather, and air quality will usually come with time. Your body will eventually adjust and hopefully the breakouts will cease or at least diminish. The same is true for stress breakouts. As soon as your body can adjust and when the stress (hopefully) ends or evens out, your skin should adjust back to being normal. How long the body will take to adjust is the big question. When it comes to patience with ourselves and especially our bodies, many times we fail. Unfortunately, we are usually impatient when it comes to allowing our bodies time to adjust to adverse conditions, like illness or injury, moving, or dealing with new and bigger than normal stress.

The program I put Stephanie on consisted of moisturizer for problem skin (not dry skin), gommaging with a gel-peel exfoliator, and clay masking every other day for the first week or two, then 1-2 times each week thereafter. I told her to drink lots of water, take stress reduction classes like yoga or Pilates, cut out sugar (but allow some indulgences), and get facials if she could afford them.

Once Stephanie started using products meant to clear problems in a healing vs. drying way, her skin responded favorably and eventually normalized. And although her skin did clear up, I don’t think Stephanie will ever get used to living away from the ocean. 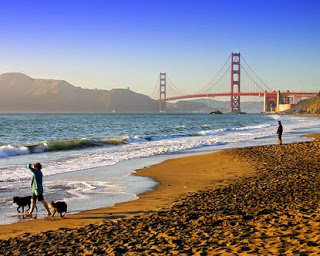