What is Actinic Keratosis? 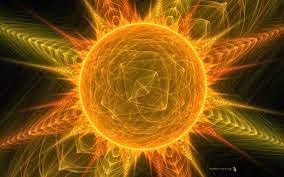 Actinic keratosis, sometimes called solar keratosis, is basically a premalignant lesion of the skin caused by excess exposure to sunlight. Keratosis means an over-accumulation of keratin or skin. These skin growths start out as flat and sometimes scaly places that can later develop into a scaly surface that resembles a wart. Although these are precancerous growths, around 10% of actinic keratoses become skin cancers called squamous cell carcinomas. These precancerous growths tend to form on lighter skin that receives sun exposure.

The following is my actinic keratosis story from back in 2000, when I was living in Dallas. As you will read, I was in the sun a lot, rollerblading and such, but I was (and am) always careful to not only have a ton of sunscreen on—all over—but I even wore a wide-brimmed hat while skating, something I always got funny looks for and sometimes funny comments about. Oh well, it was all for sun protection.

My story. It was time for my annual checkup at the dermatologist, so I went in to get a full-body check of my moles. I thoroughly looked over my body the morning of my appointment so I would be familiar with my moles and I could ask about questionable places. 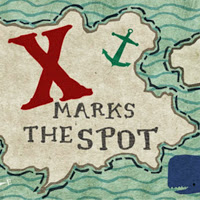 As I sat in the exam room, I took a marker I brought in with me (specifically for this purpose) and marked an “X” next to all the moles I had questions about. This may seem strange to you, but to me this is serious business, and I wanted to have all moles checked and didn’t want to forget any I thought were questionable. Normally you will be given a cloth gown to wear for your examination. Since I had a few  moles up and around my breasts and near my armpits, I decided to wear my roller blading shorts and a workout-type bra, clothing more conducive for the doctor to examine those hard-to-reach areas.

The Physician’s Assistant, Gabriel, came in and the exam began. As he went through each section of my body, I asked questions about marked and unmarked moles so I could get some perspective on places that were OK versus moles that were suspicious. Gabriel came upon a place of concern on the outside of my left leg about five inches above my ankle bone. I had marked an “X” there because this mole looked questionable to me. This mole was small and relatively insignificant, and I believe that most people wouldn’t have even considered it to be of any concern.

The dermatologist concurred with Gabriel’s findings, and it was decided a biopsy was in order. The area was numbed with a shot. Then Gabriel used a scraping instrument to take a scoop of skin off. I was glad the mole wasn’t on my face since this procedure takes off a fair amount of skin. A bandage was put over the spot, and I was on my way.

A few days later, Gabriel called with the biopsy’s results: actinic keratosis. He said it wasn’t cancer, and wasn’t actually considered precancerous, although if left unattended, over time it certainly could have become a cancerous growth (squamous cell carcinoma). I was amazed. It wasn’t in a very obvious area on my body and was such an unassuming little spot of pigmentation. It did have somewhat irregular borders and had dark brown dots mixed with the normal brown color of a regular mole. The dermatologist said this was the biggest clue—the dark brown shade within the normal mole color.

This tiny spot turned out to be potentially problematic. Technically, it wasn’t yet a precancerous mole, but it was unusual enough for the dermatologist to be concerned. The fact it was so small leads me to discard one of the common beliefs about cancerous growths: that they usually appear to be at least the size of a pencil eraser. My mole was only 1/4 that size. Granted, it wasn’t cancerous, but if I was only looking for pencil-eraser sized moles, I would have passed this one by.

Since I have been involved in outdoor sports in recent years, I knew my body had been getting a lot of sun exposure even though I always wear waterproof sun protection. During my teenage years and early adulthood, I hadn’t spent any measurable time in the sun. However, I had received several bad sunburns as a kid, and actually had sun poisoning during a frivolous adventure in Florida one summer when I was 16. But compared to most people, my sun-time had been short. That’s why I was so surprised at the diagnosis.

Anytime I go to the dermatologist for whatever reason, I have them do a thorough check of my entire body—head to toe, front and back—to see if there are any moles that need attention. I highly recommend you do the same. Even if you aren’t going in for sun damage, have them check your moles. And certainly if you have spent any appreciable time in the sun, go in now for a baseline full-body mole check if you haven’t already; then you will have a point of reference for the next checkup. If you have any hint of a question about a mole on your body, don’t second-guess yourself—go see your dermatologist!