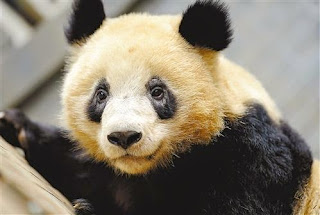 What are dark circles? What causes them?

When you see dark circles under your eyes, you are essentially seeing the blood vessels—filled with blood—due to the exceptionally thin skin in that area. Stress and lack of sleep can cause changes in your blood circulation (it becomes slower), which can cause the tiny capillaries to expand. Thin skin or circulation that has slowed down can both cause dark circles to appear.

Then there are allergies. Airborne inhalants as well as food allergies can cause dark circles to form. So the short answer to that question is similar to what causes problem skin: diet, environment, and lifestyle habits. Genetics, as always, can also play a key role in whether or not you will have dark circles.

My story. Throughout my life, I have never really had a problem with dark circles under my eyes. Sure, once in a while if I was out too late or just didn’t get enough sleep for some reason, they might appear temporarily. And many years ago, while I lived in Dallas, I had terrible springtime allergies, so during my annual two months of misery, the dark circles were generally always present. But by and large, I didn’t consider dark circles a concern for me.

Then when I moved to Chicago in 2002 (age 41), I noticed a marked difference in the dark circles under my eyes. In fact, I noticed that I constantly had them! At first I thought it was due to the stress I was under having recently moved my life to a new city. Then I thought it was the pollution here (although I think both cities have an equal problem when it comes to air quality). When I would go to Dallas on business I noticed the dark circles virtually went away, so I knew it was something to do with life in Chicago.

Months later, I discovered the culprit. It was not so much the outside air pollution, it was no longer the stress of moving (I’d lived there long enough to smooth all that out), but what I think was causing the problem was the apartment I was living in at the time. It was extremely dusty there, and I’m not sure why. I could see the dust accumulate on everything—including my cats! I have never lived anywhere with so much dust! I put air filters in every room, including the bathroom, but still, the dust kept on coming. Dust is a very common allergen, and I believe it was dust that ultimately caused my dark circles back then. It was my body’s allergic reaction showing itself.

Dark circles are there for a reason. But just like my dusty apartment story, it may take a sleuth to figure out why they are there. It’s always going to be environmental—your body’s environment. Our magnificent machines are always throwing off toxins, and when the toxic buildup is too much to take, the body starts giving signs of overload. So if you suffer with dark circles, look around and see if you can figure out what is causing them. I believe that common allergens, whether they be in your diet or your immediate environment, are causes for persistent or even temporarily dark circles.

To further discuss my personal experience with darkness under the eyes, I have found that since moving into menopause (I am 54), the dark circles are somewhat of a permanent feature on my face. I’m sure due to hormone changes and simply the aging of my skin, the dark circles are clear and present. I eat a fairly pristine diet and unless I have had alcohol or sugar, which make the darkness worse, the discoloration is always there to some degree. At this point I don’t let the darkness bother me. I find my eye glasses, which I don’t wear all the time, cover the area if I feel the need.

Products for dark circles. Although there are many products on the market that profess to remove dark circles, I would caution you against spending too much of your hard earned money on them. I’m not saying you won’t find relief with one or more of these creams, but I have not found one product that stands out from any other. I believe if there was a product that really got rid of dark circles completely, we would all know about it. The manufacturers would be rich and no one would have to walk the earth with dark circles! But that isn’t the case.

If you want to try a product said to help reduce dark circles, don’t hesitate! But don’t be surprised if it doesn’t do all you want it to do. If the product helps, great; if it doesn’t, return it if you can. For less severe cases of dark circles, products truly may help. But if you are genetically predisposed and/or have a lifestyle that doesn’t support your best health, you may not find the results you are looking for in a cream designed to help with dark circles. And do try looking at your diet to see if you may be contributing to the problem. 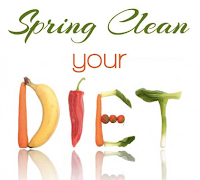