Aloe vera and intolerance—it can happen 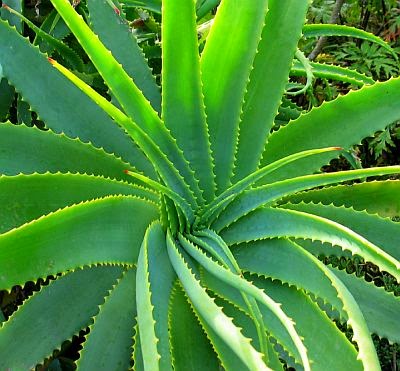 Aloe vera is a plant that is known for its healing abilities. Today, it can be found as an ingredient in many skin care products, both for the face as well as the body. Personally, I have had many success stories where aloe came to my skin’s rescue, and I have many friends and clients who have discovered the miraculous healing abilities of this desert plant.

However, as with most things in life, not everything works for everybody, and such is the case with aloe. Along with all the success stories about how aloe saved people’s skin, I have heard from some people who had reactions to it as well. If you are unsure if you are allergic, read through this article as well as Allergic Reactions to Products (link below) to gather more information. As great as aloe vera is, it is within the realm of possibility that you could react to it.

I am including stories of how aloe didn’t work to let you know it is not uncommon to have an intolerance to this ingredient. Unfortunate as that may be, if you find you get irritated after using aloe vera, stop using it.

I was told by a pharmacist that aloe worked well to clear up acne because it was natural and oil-free. So I would put aloe on periodically, thinking it would soothe my face. I would usually break out soon afterwards. I never connected the breakout to the aloe because I was only using it off and on.

I have read the ingredients in my body lotions and many have aloe in them. It seems to be fine on my body, but as far as my face goes I will not use something that has any aloe—I can’t afford to aggravate my face.

Regarding this email, although aloe vera is a great product and I’m sure its benefits would be good for almost any skin condition, it wouldn’t be the first thing I’d reach for to treat problem skin, including acne. Regardless, this person discovered it was the aloe vera in her products that she was intolerant to so she discontinued use. It isn’t always easy to figure out what could be causing a skin reaction, reading the article mentioned and listed below will hopefully help you if you run into product trouble.

The following comes from a former neighbor, Teressa, who called me up one day after putting aloe gel on her face. She had a bad burning reaction that left her skin bright red. In the following email, she is updating me on her aloe investigation.

After my face calmed down from using aloe gel, I purchased a brand new bottle of Lily of the Desert®. I opened it up, put it on my face, and the same thing happened again—it burned and made my skin red and irritated. I know aloe is supposed to be good for me, but I guess I’m allergic to it.

Yes, Teressa, you are one of many people I have encountered who just have an intolerance to aloe. You might want to be careful in the future and watch your skin’s reaction if you use products that have aloe in the ingredient list. You may not be able to use it straight on your skin, while still being able to use products with aloe in them. Because the percentage of aloe will be low if it is in a product, compared to the nearly 100% strength you have been using, you may be able to tolerate it.

Lily of the Desert is actually a good choice for a high-strength aloe vera gel. After Teressa’s email, I went out and purchased this brand and was happy to see it was 99% aloe. It is inexpensive and can be found in most health food stores. Lily of the Desert isn’t the only brand available, but it certainly is a good choice—as long as you don’t have allergies to aloe.

Your skin will always tell you if it is intolerant to something you have applied. Don’t disregard these signs, and discontinue using anything that causes an adverse reaction. 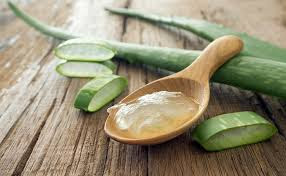