Do you have Rosacea? 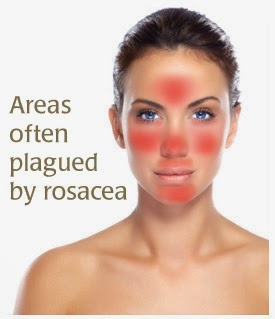 How do I know if I have rosacea?

The symptoms of rosacea vary from person to person just like the triggers* will vary for each individual, but there are certain common symptoms that are characteristic of this disease. Separately the symptoms don’t necessarily indicate rosacea, but if you have several together they can add up to rosacea. Not always, but potentially. (*A trigger is something that causes the classic red face or flushing associated with rosacea. For instance, using hot water on your face could trigger deep redness to cover your face—especially the cheeks—if you have rosacea.)

The number one symptom is flushing. This is where you are blushing, but in the case of rosacea it is not necessarily just when you are embarrassed. Flushing is when a large amount of blood flows through the capillaries very quickly and the vessels expand (dilate) in order to handle the load. This causes a definite redness to come over your entire cheek area, making you look flushed. If flushing occurs a lot over a long period of time, the capillaries become damaged and blood will stagnate within the vessel, giving you a permanent redness in the cheeks. 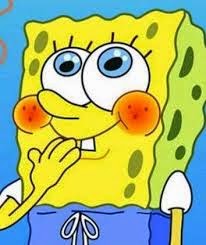 Flushing in a rosacea candidate can occur at any time and due to any number of reasons, only one of which is embarrassment. You can become flushed when you are hot; especially while exercising, receiving sun exposure, or sitting in a sauna, steamroom, or whirlpool. Also a peri- or menopausal woman who is experiencing hot flashes may produce flushing. Driving with the top down or sailing (sun plus wind), cooking in a hot kitchen, or sitting by the fire can also cause you to flush. You can also flush for no apparent reason at all.

Some other common symptoms of rosacea are telangiectasia (capillary damage), swelling or puffiness in the cheek area, sometimes blemishes where the swelling is, and always sensitivity. This redness, more than anything, is due to flushing. A swelling of the nose can also appear due to rosacea, more commonly occurring in men, which is a condition called rhinophya. Not only the skin on the face but sometimes the eyes can become affected, causing them to become irritated, red, and bloodshot. This is called ocular rosacea.

The most unusual characteristic I have consistently seen with rosacea is the aforementioned swelling—something you really don’t find with telangiectasia, simple breakouts, or even acne (other than the swelling at the site of the actual blemish). The type of redness is also distinct: deep red, almost bluish.

Another symptom I have found from working on clients with rosacea is their skin in the affected area (namely the cheeks) is hot, or at least very warm to the touch, and it is different in temperature than the rest of the face. It is like when someone has a fever, but the warmth is only on the cheek area. This is a condition I used to call hot, red skin. Now I think what I had been seeing in years past was actually rosacea.

Why am I making such a big deal about whether or not you have rosacea? If you think you have rosacea and you don’t, you will be mistreating your skin based on an incorrect self-diagnosis. You may be missing out on finding what is causing the problems you are experiencing with your skin. Even if you have incorrectly diagnosed yourself as having rosacea, hopefully you will pay close attention to your daily intake of food along with other factors linked to rosacea. In the long run, this awareness may pave the way for your skin to clear up.

Here are a few more articles with more information about this sometimes frustrating skin condition: 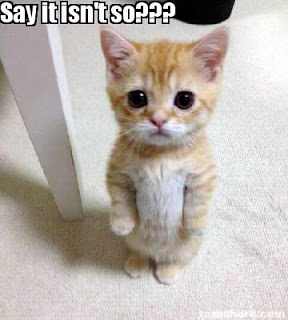